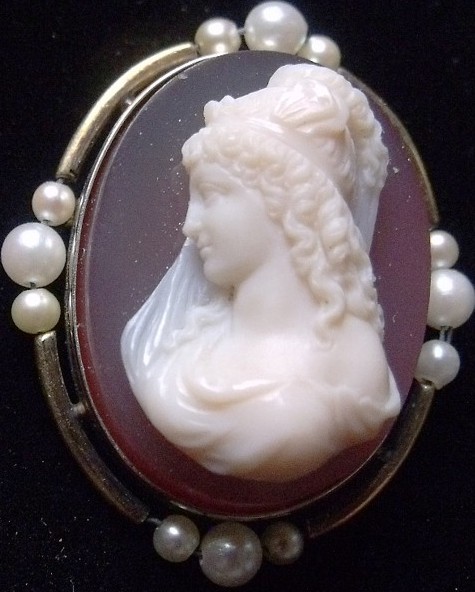 It is a joke among classicists that there are no virtuous women, because “virtue”, like “virile”, comes from vir, man, and in its original sense means powerful.  But for Victorian women Psyche, willing to risk death and to go, literally, to the ends of the earth in order to be reunited with her beloved Cupid, epitomized the womanly virtues of devotion and constancy in love.  Along with Hebe, the dutiful daughter, Ceres/Demeter, the dedicated mother, and the Three Graces, the embodiments of feminine charms, she is one of the most commonly seen cameo subjects.  Although born a mortal, it seems right to classify her among the minor deities, since she is brought to Olympus after completing the trials set for her by Venus, and there marries Cupid.

Not much was told of Psyche by the ancient Greeks.  The best known story of Cupid and Psyche is told as a tale within a tale in The Golden Ass, by the Roman author Apuleius. It is one of the less bawdy things the narrator overhears in his time while transformed into an ass. The Victorians were rediscovering these works of antiquity, which allowed them to enjoy something a bit risqué under cover of classical learning.

While Cupid represents carnal love, physical passion, Psyche, whose Greek name we usually translate as “soul”, stands for the spiritual aspect of love.  Her main attributes are butterflies and butterfly wings, which are conventionally a distinctive squared off shape with eye spots, more like those of some moths.  Depictions can show her with a single wing on her brow up through Psyches who have wings on head and back, as well as an entire butterfly on one shoulder or two.

There are many cameos that show Cupid and Psyche together engaged in various activities. This section will focus on Psyche seen by herself. 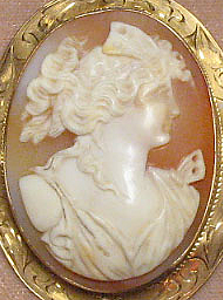 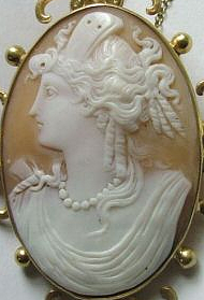 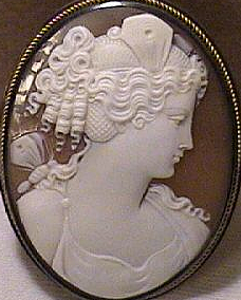 Psyche may have only the vestige of a wing, or wings sprouting from multiple locations, not all of them where one might expect. 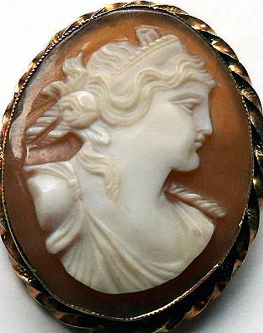 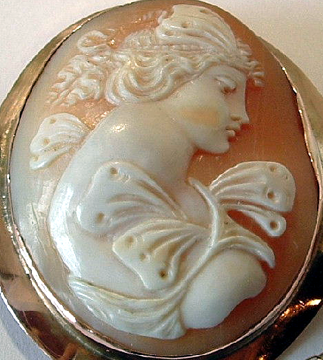 When there is a butterfly on her shoulder, it can be barely recognizable as such, or aggressively obvious. 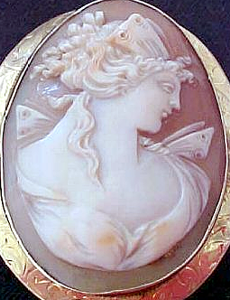 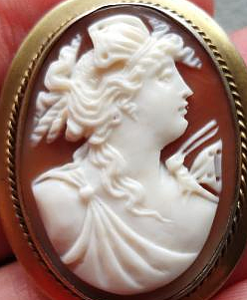 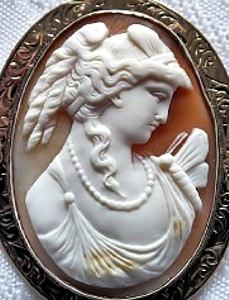 Sometimes, rather than wearing butterflies, Psyche has one that is more of a companion. 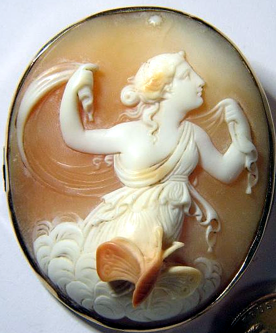 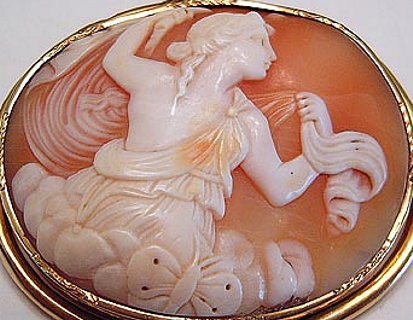 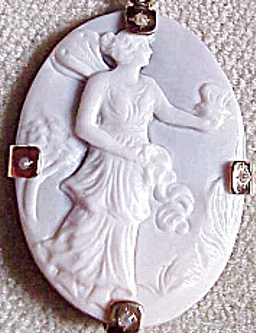 The creativity of shell cameo carvers seems to have been infinite when it came to Psyche.  By contrast, many lava pieces seem to be that lava favorite, a bacchante, with Psyche’s wings tacked on, or otherwise based on a template that might serve as well for another, such as Flora. 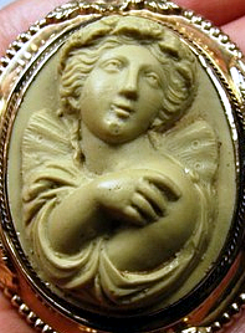 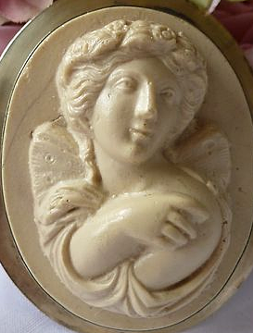 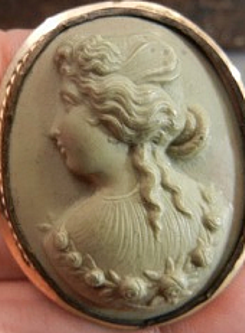 It is not uncommon to see cameos of a female figure sporting the wings of Psyche along with the attributes of other popular subjects.  Diana/Artemis for one: 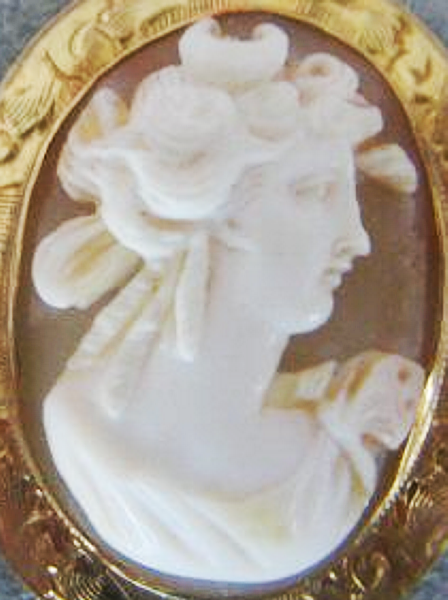 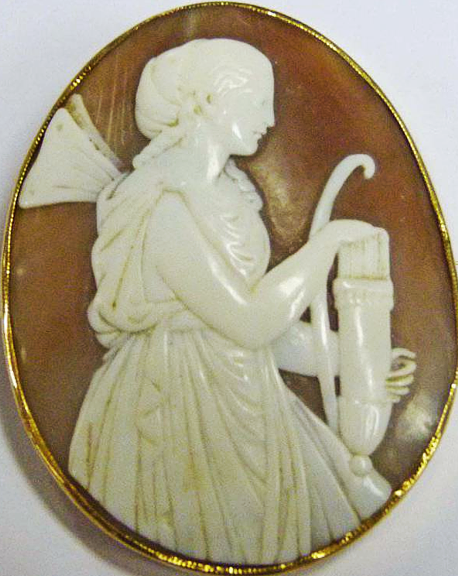 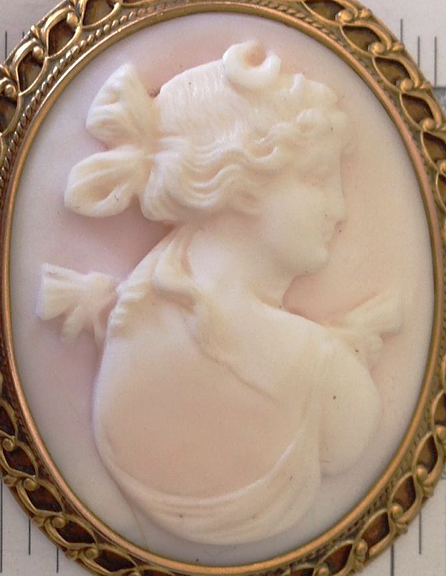 But also: with the Anchor of Hope; draped in grape vine like a bacchante; crowned with the grain stalks of Ceres/Demeter; wreathed in laurel and carrying a lyre, like the Muses Erato and Terpsichore (and looking behind her like the mischievous Thalia); with a feathered wing on her brow in the manner of Nike, along with the flowers that became so ubiquitous; or with a little chirping bird balancing the butterfly on her other shoulder. 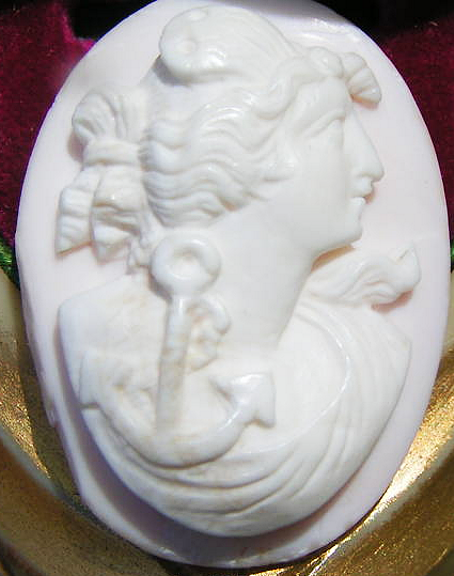 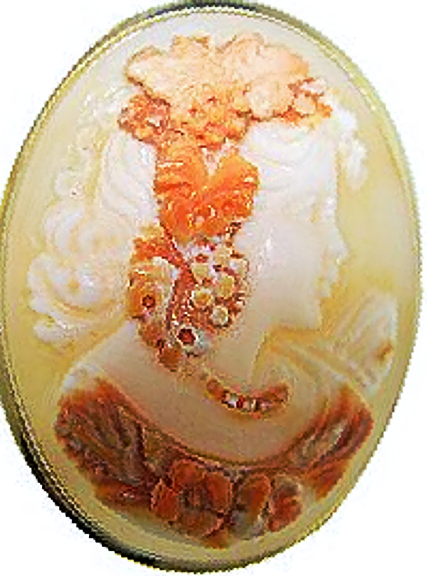 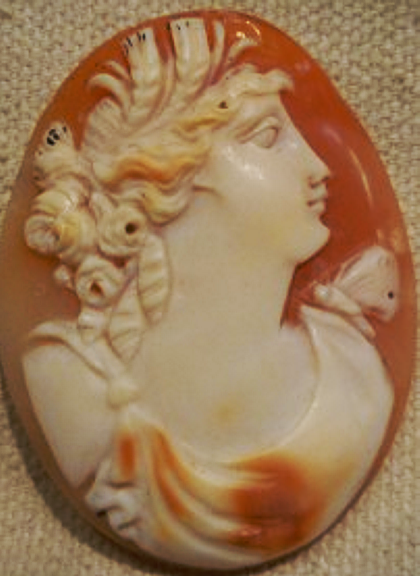 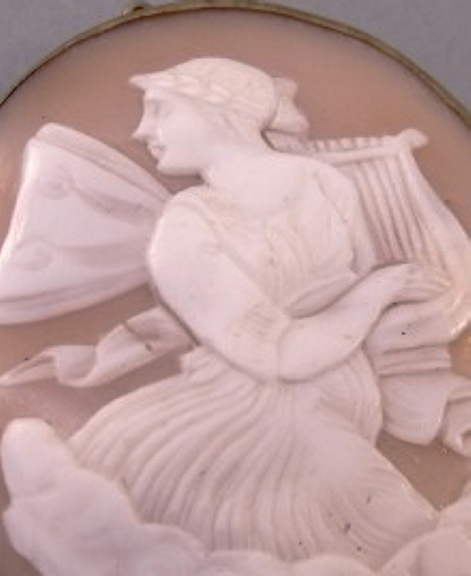 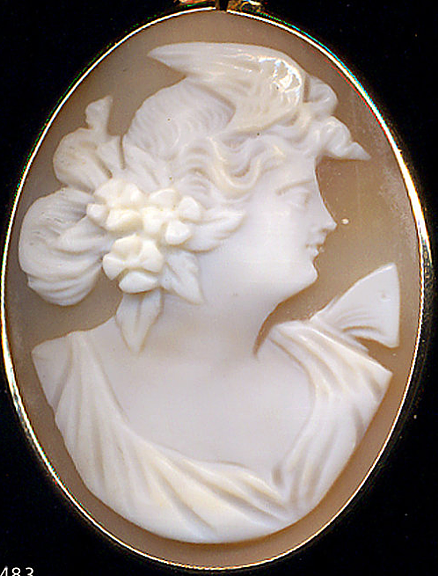 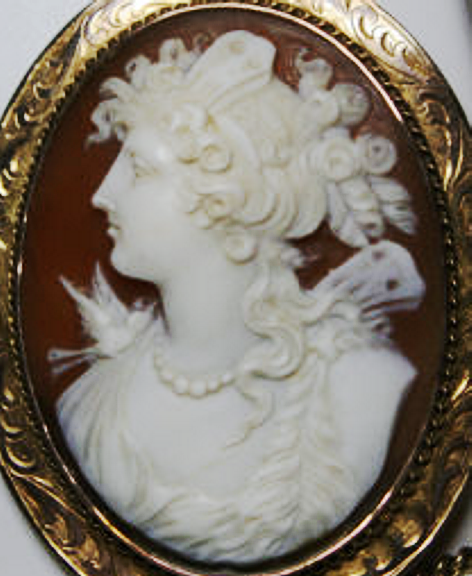 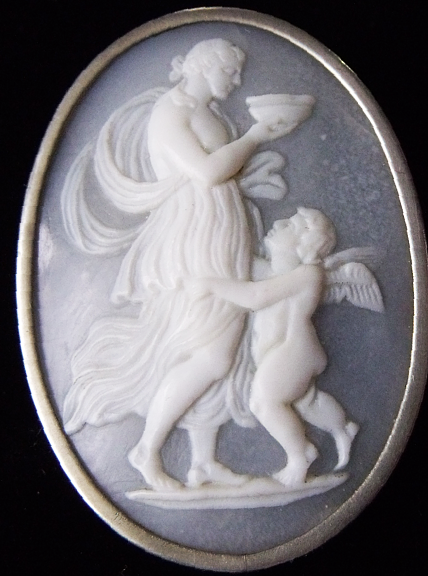 This figure, out of context, is easily seen as Hebe. The carver further cropped a detail from the fresco used by Giovanni Pichler as inspiration for the cameo below, now in the Hermitage (who do in fact identify the lady as Hebe), showing Mercury giving Psyche the immortality conferring nectar, Cupid hugging his bride-to-be.  The full scene, in the Villa Farnesina's Loggia of Cupid and Psyche, where the great Raphael Sanzio told the whole tale of passion and tribulation in frescoes, depicts the Council of the Gods, assembled to decide the best way to keep Cupid out of mischief while also appeasing Venus, enraged at the idea of having a mere mortal for a daughter-in-law. 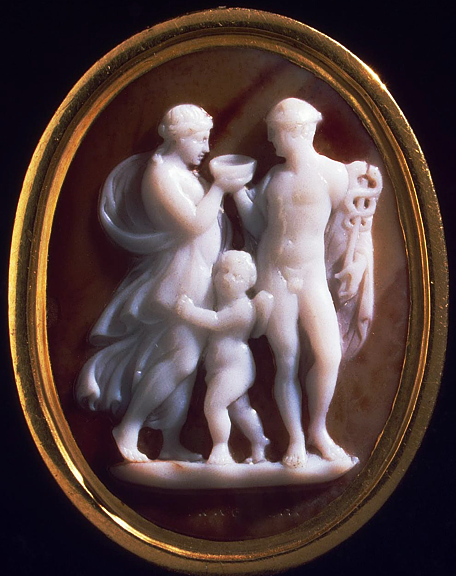 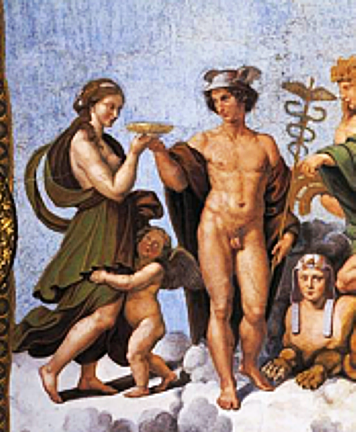 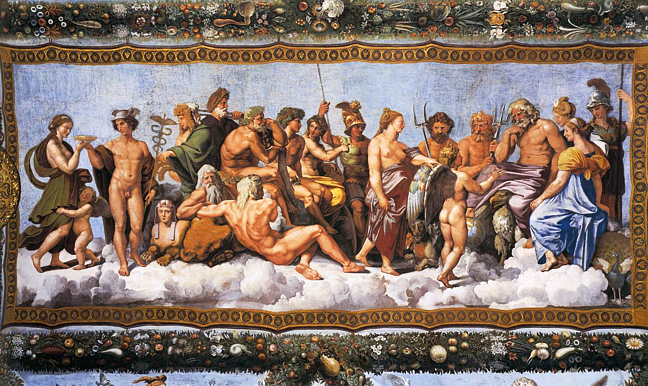