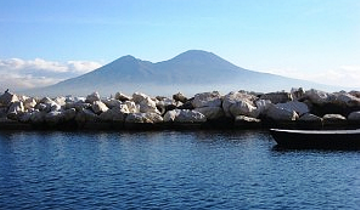 A popular souvenir of a visit to Naples and the nearby Mt. Vesuvius was a cameo showing an idyllic scene across the Bay of Naples with the distinctive twin humps of the volcano in the background. Sailboats on the water, windswept trees and stone seawalls are common features, as are squat blocky buildings. Seen occasionally are figures in the foreground, sometimes a single woman painting the view.

Vesuvius has been active to some degree since 1631, with quieter periods interrupted by more explosive activity fairly frequently. Victorian tourists did not travel there without the possibility of an eruption, possibly a violent one, during their visit. The most famous eruption is of course the one of 79 C.E. that buried the surrounding countryside, including Pompeii, Herculaneum, and other small Roman resort towns in ash.

More than any other cameo subject, Vesuvius and the Bay were rendered on tiger cowrie shell, leading to the question whether carvers of this subject were perhaps their own little brotherhood, somewhat separate from carvers of figures.

Scenes of Vesuvius were also popular carved on whole helmet shells, their spires sheared off, and upended to make shades for small lamps. 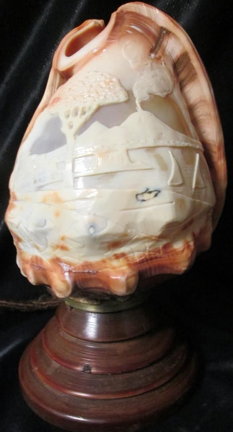 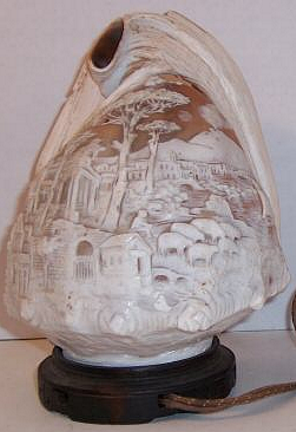 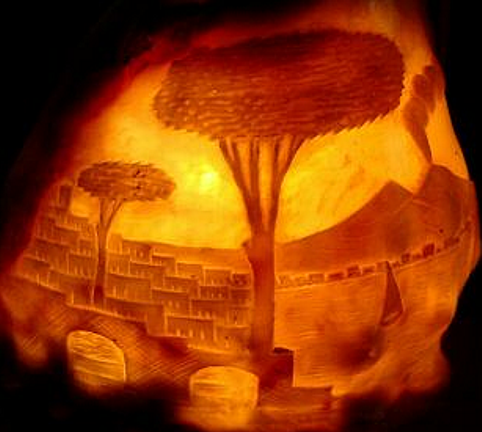 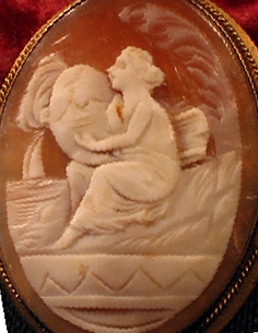 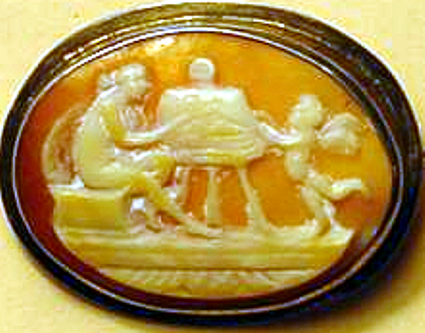 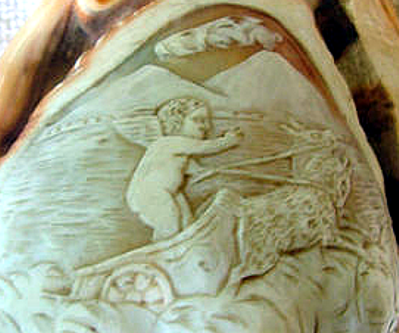 The shores are a pleasant place to sit and paint, or to race a goat cart.Or you can do some canoodling while Cupid poles you along. 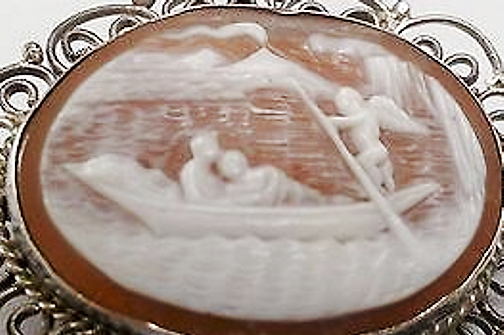 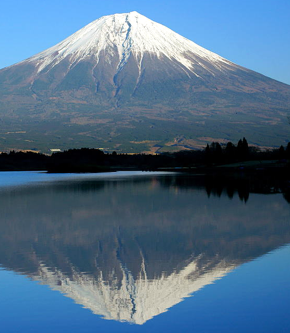 Cameos of Vesuvius and the Bay are sometimes mistaken for Mt. Fuji and its five lakes. Fuji does also appear carved on cowrie shell. It is a single, nearly symmetrical peak; smallcraft on the water have square sails, while the Neapolitan craft have triangular sheets. 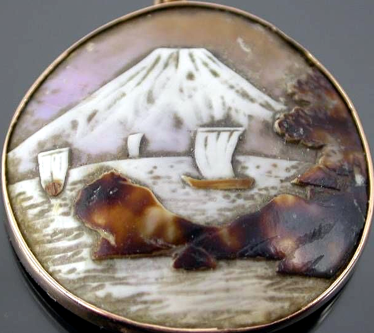 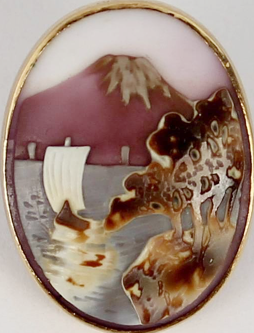